E. Miles Kilburn
Chairman of the Board 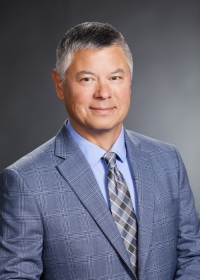 E. Miles Kilburn has served as a member of the Board since March 2005, and has been Chairman since 2008. Mr. Kilburn is a partner and co-founder of Mosaik Partners, LLC, a venture capital firm focused on making investments in early stage commerce enabling technology companies since 2014. He has also been a private investor since June 2004 and serves as a director on several private company boards. Prior to that, he was Executive Vice President and Chief Strategy Officer of Concord EFS, Inc., a payment services and network services company (which was acquired by First Data Corporation in February 2004) from 2003 to 2004, and Senior Vice President of Business Strategy and Corporate Development from 2001 to 2003. He served as Chief Executive Officer of Primary Payment Systems, Inc. (now Early Warning Services, LLC.), a provider of services that combat check, identity and new account fraud from 2002 to 2003, and Chief Financial Officer from 1997 to 1999. From 1995 to 2001, Mr. Kilburn served in various roles at Star Systems, Inc., ultimately as Group Executive Vice President and Chief Financial Officer. Mr. Kilburn, a member of the California bar, began his legal career as an associate with Skadden, Arps, Slate, Meagher & Flom.

Mike also has provided various consulting services and held various public and private sector employment positions in the gaming industry, including serving as Member and Chairman of the Nevada Gaming Control Board from January 1985 to December 1988. He is also the former Vice Chairman of the Board of Casino Data Systems, was the President and CEO of Anchor Gaming, was the Director of Development for Circus Circus Enterprises (later Mandalay Bay Group) and was the President of Casino Windsor at the time of its opening in Windsor, Ontario. In addition, Mike is the former Chief Deputy Attorney General of the State of Nevada.

Geoff Judge has served as a member of the Board since September 2006. Mr. Judge is a Venture Partner at iNovia Capital, a manager of early stage venture capital funds. He has been with this venture firm since 2010 and has been an active private equity investor since 2002. From 2003 to 2005, he was an investor in and the Chief Operating Officer of Preclick, a digital photography software firm. In 2002, he was the Chief Operating Officer of Media Solution Services, Inc., a provider of credit card billing insert media. From 1997 to 2002, Mr. Judge was a co-founder and Senior Vice President and General Manager of the media division of 24/7 Real Media. From 1995 to 1997, he was a Vice President of Marketing for iMarket, Inc., a software company. From 1985 to 1994, Mr. Judge was a Vice President and General Manager in the credit card division of American Express.

Ron founded Star Systems, Inc., building it to be the largest ATM and PIN-secure debit network in the country during his 17 year tenure as President and CEO. Previously he held positions at Visa International including Manager of Card Products USA, General Manager Visa Australia and Manager of Member Development Visa Asia-Pacific Region. Ron began his career with Texas Commerce Bank in the information systems and bank card management divisions.

Ron is the recipient of NACHA’s Lifetime Achievement Award.

After serving in the US Army, Ron received his degree from Lamar University, Beaumont, Texas.

From 1988 to 2007, Ms. Raney held numerous positions with Deloitte & Touche USA, LLP, where she was hired as a Director in 1988 and made Principal in 1990. Her last position prior to retirement was National Managing Principal, Research & Development and Member, Deloitte & Touche USA Executive Committee from 2003 to 2007. She was a member of the Deloitte Board of Directors from 2000-2003 while serving as the Human Capital E-Business Leader. She also held the positions of Global Leader, Integrated Health Group from 1996 to 2000; and Western Regional Leader and National Co-Leader, Integrated Health Group from 1988 to 1996.

Maureen T. Mullarkey was appointed to the Board in March 2018. Ms. Mullarkey is a private investor and also serves on the Board of PNM Resources, Inc., as Chair of the Audit and Ethics and member of the Nominating and Governance Committees. PNM is the electric utility in the State of New Mexico. From 2008 through 2013, Ms. Mullarkey was a director of NV Energy, Inc. until the company was sold to Mid-American Energy Holdings Company, a subsidiary of Berkshire Hathaway, Inc. a. She was also an Entrepreneur in Residence with The Nevada Institute for Renewable Energy Commercialization from 2009 through 2011.

Atul Bali was appointed to the Board in November 2019. Mr. Bali is currently non-executive Chairman of the Board of Meridian Tech Holdings Ltd., a regulated global emerging markets sports betting and online gaming firm, operating in Europe, Latin America, and Africa, and has held such position since May 2016. In addition, Mr. Bali is an investor in, and advisor to, a range of privately held lottery, gaming and fintech businesses, including Instant Win Gaming Ltd., a provider of mobile instant win games to State Lottery operators; and Gaming Realms PLC (LSE:GMR), a developer, publisher and licensor of mobile games, where he served on the board of directors from 2014 to 2018 and held the position of Deputy Chairman from 2015 to 2018. He also serves as a Director on the Board of Rainbow Rare Earths Ltd. (LSE: RBW), a mining company focused on production from, and expansion of, the high-grade Gakara Rare Earth Project in Burundi, East Africa.

Having qualified as a Chartered Accountant with KPMG, Mr. Bali joined GTECH Corporation (now NYSE:IGT) in 1997 and over 13 years held various executive positions, including President and CEO of GTECH G2, SVP Corporate Development & Strategy, SVP Commercial Services and VP Global Business Development until leaving in 2010. Since then, he has served as CEO of XEN Group from 2010 to 2012 and thereafter in divisional President & CEO roles at Aristocrat Technologies Inc. (ASX:ALL) from 2012 to 2014 and RealNetworks, Inc. (NASDAQ:RNWK) from 2014 to 2015.

Below is a summary of our committee structure and membership information. To read more about any of the committees, click on committee names in the chart below.